Santa Cruz Cypress: Everything You Need To Know

The Santa Cruz Cypress (Cupressus abramsiana) is one of the endemic trees in the Santa Cruz county in west-central California. Discovered in 1881, the tree was protected under the Endangered Species Act in 1987. In 2016, it was reclassified as threatened. There was an increase in its population since then, but efforts remain to make the tree more prevalent.

Want to know more about cypress Santa Cruz? In this article, we’ll share some valuable insights, including its physical characteristics, habitat, and conservation efforts.

At maturity, this tree can reach a maximum height of 30 feet. It is compact but with dense branches. The shape is pyramidal with branches growing longer as they reach the base. It has light green leaves that reach up to 15mm. Meanwhile, the thin barks are fibrous with vertical stripes. It also has pollen cones, which can grow to as much as 4mm.

With its attractive green foliage and leaves that are present throughout the year, it will make a great vertical accent. Nonetheless, because of its current conservation status, this isn’t easy to find. You can buy seedlings online, but not much information is available about the success of its growth.

The Santa Cruz cypress champion tree was registered in 2018, which has a height of 58.5 feet and a crown spread of 37.67 feet. The trunk circumference, on the other hand, is 79 inches. From water purification to absorption of carbon dioxide, this tree was considered a critical wildlife component.

Aside from Santa Cruz, this cypress tree is also common in San Francisco. You can see this tree growing along the State Highway One, connecting Santa Cruz and San Francisco. It is also found in San Mateo. The tree grows at an altitude of 1,600 to 2,500 feet above sea level. As for the weather, it is common in places with hot and dry summers, as well as cool and wet winters.

Today, the distribution of cypress Santa Cruz is at a stretch of about 356 acres of land in California. Its growth is restricted to five localities. Organizations concerned about its conservation are saying that there are now only a few of these trees left.

Fires are necessary for the large reproduction rate of the cypress Santa Cruz. While the tree does not grow from fire-burnt trunks, it can clear vegetation of competition and spread the seeds from the cones. If the fire is caused by humans, on the other hand, it is a different story. It wipes out seedlings. This can kill the trees even before they can reach an age when the seeds are useful.

Natural fire is one of the biggest threats to its population. The presence of non-native species in the wild is also an issue, serving as competition to the habitat. Climate change is also a growing problem. Providers of tree service California will agree that the rising temperature and other climate concerns affect not only cypress Santa Cruz but other species as well.

As they grow in the wild, vandalism and other human-induced problems are also common threats to the tree. This is especially common amongst those who are unaware of its current conservation status. Carving into the bark of the tree can encourage infections and will eventually result in its death. 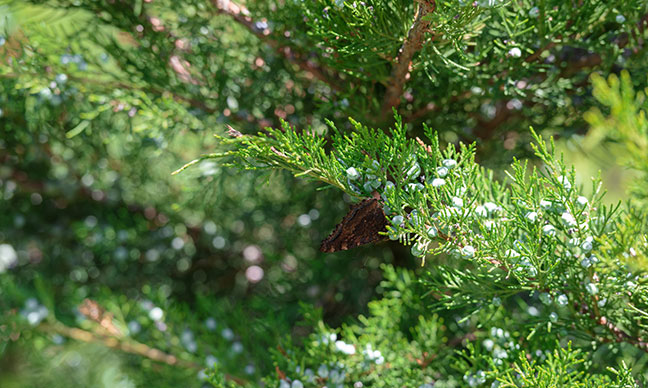 Like many evergreen and coniferous trees, it requires full sun to thrive. The soil should be dry to moist and well-drained. If the tree is in standing water, it will die. As a drought-tolerant tree, this is perfect if there is a shortage of water supply.

It has a low canopy with an approximate spread of 30 feet. The branches grow low to the ground with an average clearance of about one foot. To keep it compact and neat, tree trimming Santa Cruz is highly recommended.

To encourage a higher population, different groups are working for the conservation of the Santa Cruz cypress. The United States Fish and Wildlife Service is one of the most active in working towards the tree’s preservation.

It was in 1998 when the first recovery plan was released. In 2009, another plan was imposed with a focus on control of logging and other potential threats. The plan also highlighted the importance of agricultural conversion and development. More than half of these trees are planted in private lands that are owned by conservationists while the remaining are grown in the country and state parks. More so, developing a public education program was also part of the recovery program.

In sum, the Santa Cruz cypress is a threatened evergreen. While it is present in Santa Cruz county, it has a limited population. This isn’t as common as other landscape plants because of its conservation status. As one of the rarest trees in North America, this isn’t exactly the best choice for a tree to grow in your garden.