Texans love Pecans and for a good reason – they are fascinating trees with an interesting history, biology, and cultural significance. Not just that; their delicious nuts can be used in scores of mouth-watering dishes like cookies, cakes, salads, pies, candies, and stuffing.

The story about how the mighty pecan became the Texas state tree is an interesting one. We are going to talk about it and share a few interesting facts that make this tree one of the most popular in the Lone Star State. Read on!

Pecans are some of the oldest trees in Texas. Their popularity, however, began to grow in 1906 when the former Governor James Hogg on his deathbed made curios request that a pecan be planted at his gravesite instead of a headstone. Later in 1919 when the legislature was deciding the most appropriate species to serve as Texas state tree, this incident was recalled and is said to have influenced their decision.

The word ‘pecan’ is Algonquian, meaning, a nut that requires a hard stone to crack. Indians used these nuts for food long before the Europeans arrived in the state. They ground them to thicken stews, pressed them to get seasoning oils, and roasted them for snacking in their hunting trips.

Pecans are the only commercially grown nuts in Texas. They are native to over 150 counties, with 30 additional counties growing them commercially. Texas produces around 60 million pounds of pecans annually, making it the second-largest producer of pecans after Georgia. When well maintained, a pecan tree can live and produce nuts for more than 200 years.

What Gardeners Should Know About Pecan Trees

Pecans, being some of the most popular shade trees in Texas, are gigantic trees and can grow up to 130 feet in height and spread up to 75 feet wide. Growing a pecan in your yard, therefore, will require you to have enough space to allow the tree to max out appropriately.

The trees are wind-pollinated with both staminate and pistillate catkins (male and female reproductive parts) on the same tree. The male catkins are yellow or green and the female ones are yellowish-green. You will start harvesting nuts when the tree is between 6 to 10 years old and if you give your pecan the care it deserves, you can harvest up to 150 pounds of nuts from a single tree every year. Just make sure to plant in multiples to help with pollination.

Transplant pecan trees when young, as when they began to grow bigger, they develop a deep taproot that can be damaged easily. Have them sited in deep, well-drained soils preferably at a spot where they will receive at least 6 hours of unfiltered sunlight daily.

Also, go for pecan trees that are native to Texas. These will be much easier to care for, as they are already adapted to the soils and climate experienced in various parts of Texas. If you are not sure which varieties do well in your climate, consider working with a professional tree service Texas company.

Some Interesting Facts About Pecan Trees 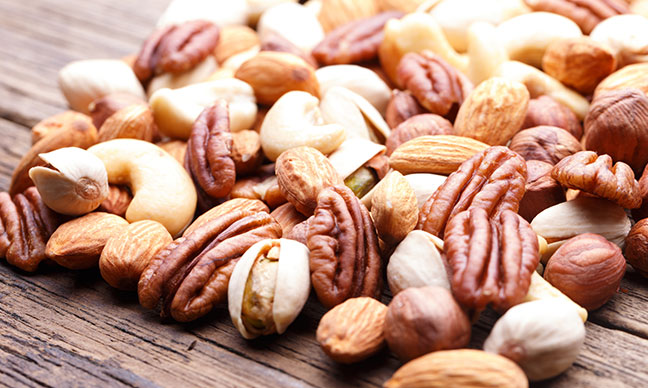 Now that you already know what is the state tree of Texas, let’s look into some of the things that make this tree interesting. Ready?

Pecan is a great tree, but even though it is the Texas state tree, not many Texans have it in their yards, simply because it takes up too much space.  It makes a wonderful shade tree though and its nuts are deliciously amazing. It is also completely resilient and can grow well in a wide variety of soils; and bearing in mind the harsh growth conditions sometimes experienced in Texas, it is no wonder getting the answer to the question, ‘what is the state tree of Texas?’ is not difficult at all.

The 5 Most Common Tree Diseases In Texas